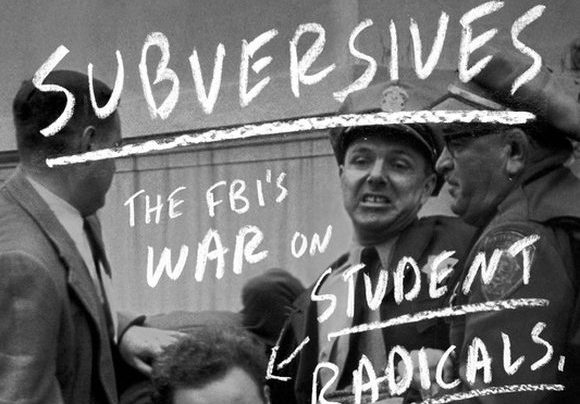 “Subversives: The FBI’s War on Student Radicals, and Reagan’s Rise to Power” by Seth Rosenfield 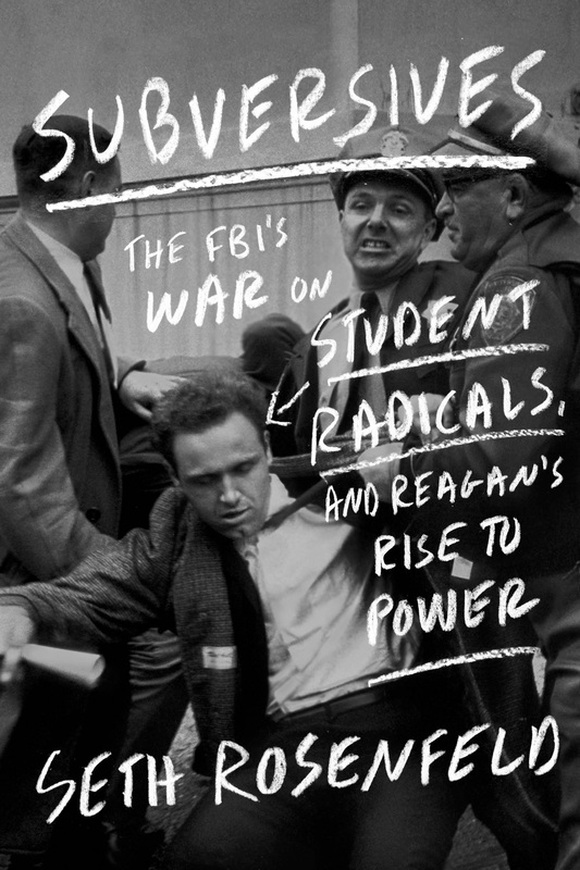 “Documenting the depth of that covert alliance [between Reagan and the FBI] is only one of the amazing things this sweeping book accomplishes. The product of more than thirty years’ indomitable work acquiring the files via the Freedom of Information Act to yield these secrets, this volume is also an outstanding primer on the postwar Red Scare; a riveting account of the origins, development, and philosophy of the New Left; and a penetrating look into the mind of Reagan. But most of all, it’s the best acount I’ve read on how the FBI corroded due process and democracy. —Rick Perlstein –This text refers to an out of print or unavailable edition of this title.”

“Subversives has a powerful story to tell about the vanity and stupidity of political leaders of any persuasion who squander public resources spying on personal enemies…and the frightening weakness of the laws designed to restrain their authority.” ―Matt Taibbi, The New York Times Book Review

“A well-written, dramatic narrative…many scoops–not just about Hoover and the student radicals but also about the University of California administration and, most surprisingly, about a future president of the United States, Ronald Reagan.” ―The Wall Street Journal

“Armed with a panoply of interviews, court rulings, and freshly acquired F.B.I. document, Rosenfeld shows how J. Edgar Hoover unlawfully distributed confidential intelligence to undermine the nineteen-sixties protest movement in Berkeley, while brightening the political stars of friendly informants like Ronald Reagan. Rosenfeld’s history, at once encyclopedic and compelling, follows a number of interwoven threads.” ―The New Yorker, Briefly Noted

“Several books have dealt directly or tangentially with the Berkeley student revolt, but Seth Rosenfeld’s Subversives presents a new and encompassing perspective, including a revisionist view of Ronald Reagan and a detailed picture of FBI corruption. The details of the story did not come easily. It took Rosenfeld, a former reporter for The Chronicle and the Examiner, 25 years and five Freedom of Information Act lawsuits to finally get all the material he requested from the FBI. The bureau fought him every inch of the way, spending more than $1 million of taxpayers’ money in an effort to withhold public records, until it finally had no choice…A well-paced and wide-ranging narrative…A deftly woven account.” ―The San Francisco Chronicle

“Seth Rosenfeld fought the law and the people won; there can be little doubt of that . . . Subversives deepens our understanding of the political underpinnings of this period with the aid of many new details . . . Subversives will automatically become an essential reference for students of sixties unrest, of the career of Ronald Reagan, and of the FBI’s long history of illegal shenanigans against American citizens.” ―Barnes and Noble Review

“Stunning revelations.” ―NPR, “On the Media”

“Subversives is the story the FBI didn’t want told.” ―Guernica

“Subversives is more than a documentary history–it has the insight that comes only with relentless reporting. This book is the classic history of our most powerful police agency and one of the most influential political figures of our time secretly joining forces.” ―Lowell Bergman, Investigative journalist for The New York Times and Frontline

“[A] galvanizing account of the student radical movement in the 1960s…This book is the result of 30 years of investigation, including Rosenfeld’s landmark Freedom of Information fight, which resulted in the FBI being forced to release more than 250,000 pages of classified documents (Rosenfeld’s appendix detailing his struggle is gripping in itself). Besides FBI files, Rosenfeld relied on court records, news accounts, and hundreds of interviews. Clearly, he has the goods, and fortunately he also has the writing skills to deliver a scathing, convincingly detailed, and evocative indictment of the tactics of the FBI and of Ronald Reagan during his rise to power against the backdrop of Berkeley in the sixties.” ―Connie Fletcher, Booklist (starred review)

“Masterfully researched…A potent reminder of the explosiveness of 1960s politics and how far elements of the government were (and perhaps still are) willing to go to undermine civil liberties.” ―Kirkus Reviews (starred review)

“All students of the sixties are indebted to Seth Rosenfeld for his years of persistent work prying documents out of the FBI. Freedom-loving Americans ought to be indebted to him for showing the lengths to which America’s political police went, and how intensely they colluded with Ronald Reagan, to encroach upon liberty.” ―Todd Gitlin, author of The Sixties and Occupy Nation